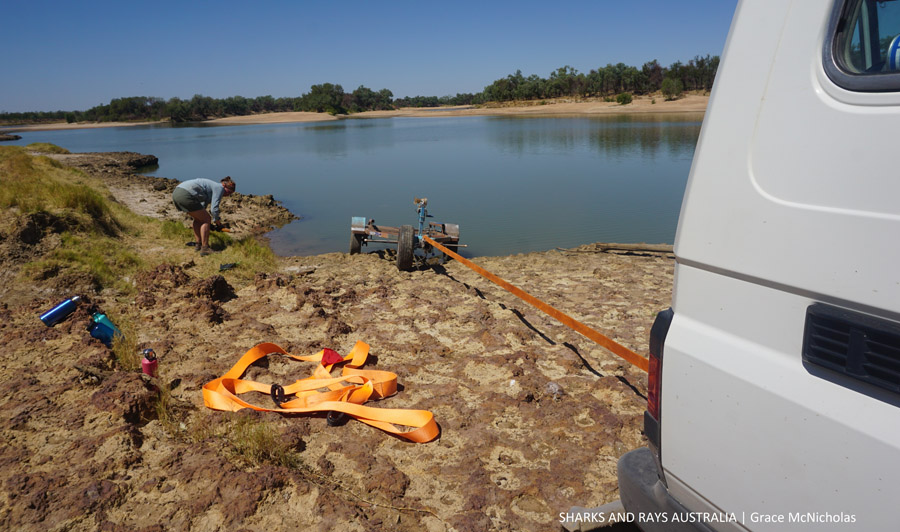 The next morning, we woke to strong winds and white horses on the river, which up until now had been as flat as a pancake. We later discovered an extreme wind warning had been issued for nearby marine areas, but outside of the reach of even the coastguard this information is not easy to come by. Getting the research vessel out without damaging it against the rocks would be impossible. Additionally, as this river is very shallow, the wind was pushing the surface water downstream, resulting in a prolonged low tide. With no boat ramp, its essential the back wheels of the boat trailer can be reversed into the water at the correct angle so that the boat can be winched on securely. Unable to get the back wheels in deep enough due to the low tide, Barbara suggested accessing a small area on the other side of the river where a commercial fisherman had a semi-permanent camp. Barbara and Julia, who had experience with 4WD, took the Troopie back down the bumpy dirt track. Sitting in our half-dismantled but wind-proof camp and snacking on gingernuts, Annmarie and I waited as the wind howled around us.

Three and a half hours later they returned with bad news. The other area was muddy and soft and with no way to pull the boat out. It was back to the drawing board. The next night we took turns to wake up every hour to check the position of the tide, after marking the sand with numbered increments. My first alarm went off at 1am and after scrabbling around to find my headtorch and pulling on my walking boots, I made my way towards the water’s edge. My heart pounded as I scanned the surrounding area for two glowing red orbs, the infamous sign of crocodile eyes. Phew, no sign of crocs tonight, just the familiar glittering of spider’s eyes sprinkled across the ground. I checked the tide, which was still low, then made a note on our timetable back at camp and tucked myself into my swag until my next check at 5am. A little more confident this time, I headed straight for the shore. Surely, I would find a higher tide? No such luck, the waterline had barely moved.

We discussed our next move over breakfast, which for me obviously involved a good old brew of English Breakfast Tea. The wind had died off and although the tide was still low, we’d have to give it our best shot to get the boat out today. After some skilful driving from Barbara, and some manual re-adjustments from all of us, we finally managed to position the trailer at the exact angle the wheels could go back far enough to get the boat on. A few painstaking hours later and the boat was on the trailer. However, the unevenness of the shoreline meant we couldn’t pull it out without tipping the boat, so back in it went.

Up until now the morale had been pretty high, but the midday sun and exhaustion were starting to get to us all. We agreed it was time for lunch. A can of coke and sandwich later and we were ready to try again. After driving the boat a little upstream, we accessed an area we had previously discounted as there was a large shallow sandbank blocking the boats trajectory to the shore. At first sight we still weren’t hopeful, but with some group perseverance, we managed to guide the boat onto the trailer and winch like crazy! To be honest this part was a bit of an emotional blur and the details are a little foggy. The only thing I do know for sure is I’ll never forget the comradeship and pride we all felt when the back wheels of the trailer finally made it out of the water with the boat firmly attached.

We spent the next night in a campground back in town and were ecstatic over hot showers. We squeezed in one more sampling session in the Norman river (there is a boat ramp!), but despite keeping everything crossed we still didn’t catch any elasmobranchs. As disappointing as this was, unfortunately this is the heart-breaking reality of working with critically endangered species with severely depleted populations. The next day we had arranged to visit the local school to talk about sawfish and the research we were doing. Outreach is an important aspect of SARA and these school visits are a fantastic opportunity to connect what Indigenous kids see when out ‘on country’ with actual science, and maybe even inspire the next generation of biologists and conservationists. The interaction and excitement from these kids was truly heart-warming and gives me great hope for the future.

I’m back in England now, and as I sit here writing this, I can’t help but feel overwhelming proud of myself. SARA expeditions are hardcore, working in some incredibly harsh conditions, with some of the most endangered animals on the planet. From day one of landing in Cairns, to those bucket showers in the outback, this experience has been the most rewarding thing I have ever done; and although I wasn’t lucky enough to see a sawfish, to have even had the opportunity to be involved in a project that could change the fate of future conservation is reward enough. Those two weeks will stay with me forever and it couldn’t be an easier decision for me to sign up for another trip next year.

I’d like to thank Julia and Annmarie for being such enthusiastic, caring team mates and Barbara, the sawfish Goddess herself, for being such a wonderful mentor and friend to all of us. 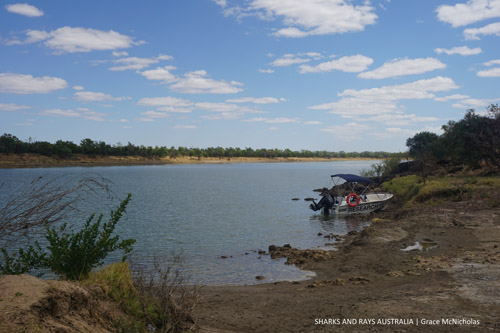 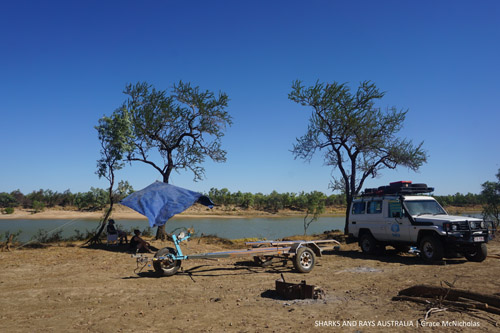 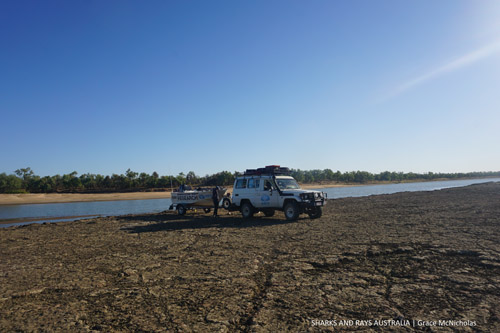